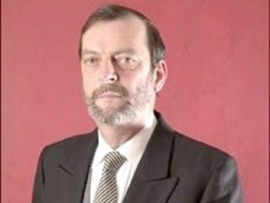 Robert Watson has spent his whole career working in the world’s luxury hotels.

As Head Butler at The Lanesborough, London, Robert was responsible for setting up and training the Butler department where outstanding service led to an average yearly occupancy of over 90%.  During his six years at The Lanesborough Robert developed many of the systems, standards and training which has kept this hotel at the forefront of the luxury hotels of the world.

During his time at The Lanesborough Robert was asked by Rosewood Hotels to set up and train the Butlers at The Dharmawangsa Hotel in Jakarta.  Very shortly after its opening The Dharmawangsa became renowned in South East Asia for its high level of guest care and attention to detail, this confirmed Robert’s belief in his training methods and encouraged him to form his own company.

Since setting up The Guild of Professional English Butlers in 1998 Robert has undertaken projects around the world in hotels, cruise ships and luxury yachts.

Roberts training now encompasses Customer Care Training for all guest contact staff based on his Butler Training since his belief is that great service is easier to give than bad service and that very often bad service is the result of poor training.

Great service is no accident, it requires: 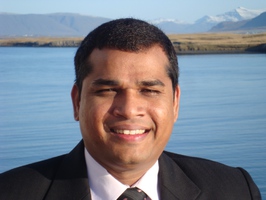 Raj has a wealth of knowledge in the hospitality industry and experience in butler service. He founded the “Royal Indian Butlers”, a training academy in India with a vision to promote the butler industry by constantly delivering highly specialized butler candidates in the luxury market.

He brings over 20 years of experience in the hospitality industry in various departments including Food & Beverage Service, Front of House and Spa Services.  He has been associated with many names within the luxury hotel industry such as Oberoi, Sheraton Group of hotels in India, Burj al Arab, Regent Seven Seas Cruises, Silversea Cruises, Sandals Resorts and Grace Bay Resorts.

Raj completed his Hotel Management and catering studies in India in 1996 and joined the Guild of Professional English Butlers in 2000 as a Founder Member. He has supervised a team of over 100 Butlers at Burj al Arab, one of the most luxurious hotels in the world where he provided Butler Service to many high profile guests. Since then he has been associated with The Guild of Professional English Butlers on various projects.

Raj has won many awards including Manager of the Year award for Sandals Resorts in 2006.  Raj has an intense understanding of the hospitality trends in the Caribbean, his specializations includes pre-opening new properties, setting guidelines and operating manuals for Front of House departments including Concierge and Butler Services.

In his current role with The Guild of Professional English Butlers as  Director of Training he is currently associated as Corporate Consultant to six Silversea cruise ships where he has primarily trained, implemented Butler Service strategies and ideas and has recruited potential butlers.  He is constantly monitoring, auditing and improving Butler Service standards on behalf of The Guild of Professional English Butlers.